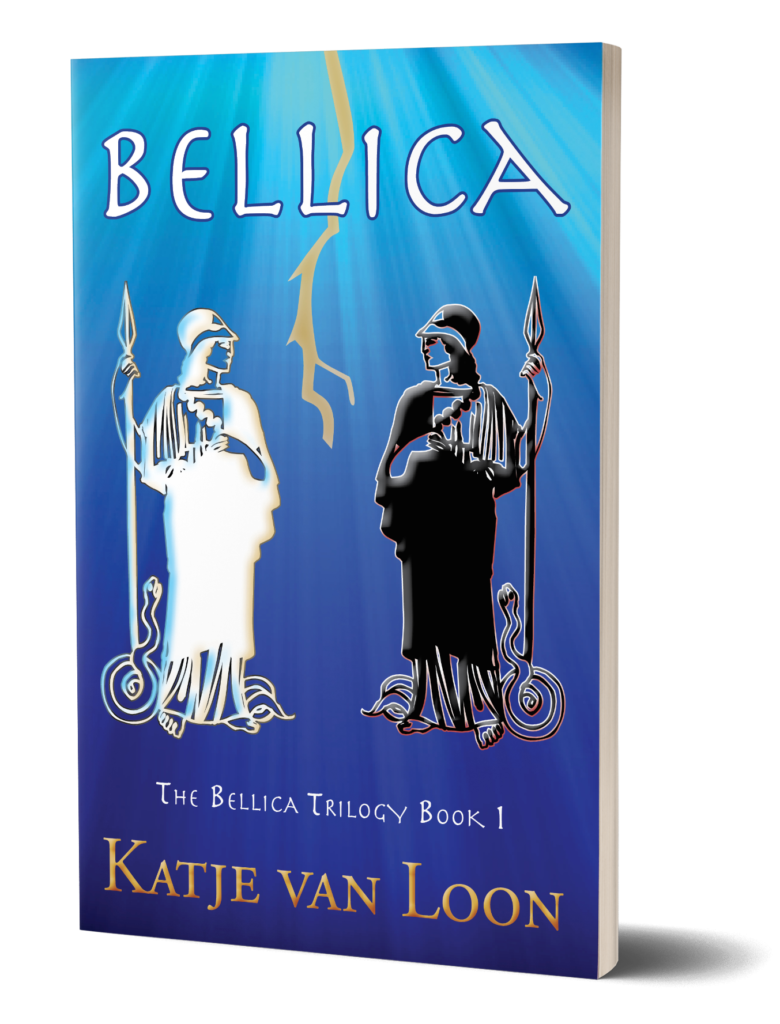 Can Yarrow refuse a goddess's call?

From country's second-best princess to its best warrior, Yarrow's worked hard to build a life she can be proud of. Lousy bellica's pay, the camaraderie of her fellow soldiers, and all the wenching and drinking she can stand -- why would she want any of that to change?

Yet other forces have their own ideas of how the world should look. The goddesses of light and dark have chosen their champions, and Zardria, next in line to the throne and Yarrow's twin sister, has already accepted the job willingly.

Things will change whether she wants them to or not. Yarrow must heed the call of the goddess of light, or those changes won't just mean an end to her life.

They'll mean the loss of her soul.

Bellica is epic pagan fantasy in a world run by queens and goddesses, dealing with the age old question: can the power of love defeat the love of power?

It was quiet in the hallway.

The only sound that reached his ears was his breathing, heavy as his footfalls against the stone as he ran. His scabbard bounced against his legs with every step he took. His breathing was getting short; he’d been running for a long time. At the end of the hallway he could see a wide, open space. He pushed on.

Abruptly he broke free of the narrow hall. He stood in a field, no evidence of a hall or any structure made by woman. In front of him she stood, a queen’s coronet on her fiery red hair, rising as she was anointed by the priestess. Before he could shout out for her to stop,

Yarrow had drawn her sword and cut the priestess down. As the woman fell Jules saw his sister’s face.

He screamed, but no sound came out. He ran towards the bellica–no, queen, who now was surrounded by bodies that had come from the ether, lying prone before her and rapidly decomposing, and before he could stop her the virulence of the poison hit him too. He could feel the terrabane running through his system, liquefying his insides and he stumbled and fell to his knees, last sights on Yarrow’s grim smile, a dark power looming behind her.

Jules woke with a gasp that nearly became a shout, his body soaked with sweat. He turned to set his feet on the floor, sitting on the edge of his bed, and placed his head in his hands. His heart was beating rapidly and his breathing was coming short; with difficulty he calmed himself and tried to banish the dream.

You know it’s not true, Old boy, he thought, trying to reassure himself. What you saw in Nucalif doesn’t mean she did it. She was set up. Obviously.

It was the same litany he’d repeated each night, each day, after each nightmare since the end of the East Campaign. Why he continued, he didn’t know, as it failed to banish the nightmares. All it does is bring me a terrifying numbness.

He sighed and raked his hands through his short hair viciously. “Get out of my head,” he whispered. Maybe if he said it out loud it would work.

Looking across the barracks to the water-clock on the wall, he saw it was only a few hours after he’d gone to sleep with the help of the tea Ghia had given him. He sighed, now too awake to go back to sleep.

Nor do I really want to, he thought as he rose from his rack and grabbed his towel. A brisk shower was in order.

Leaving the showers, head clear and a towel wrapped around his waist, he nearly knocked Healer Ghia over as she headed down the hall, away from the barracks. She made a small exclamation as she fell against the wall. A small blush rose up on her cheeks.

He suppressed a smile at her discomfort and merely gripped his towel a bit tighter. She’d always been like that―clinically cool in the hospitalis but easily embarrassed in any informal situation.

With his other hand he touched her shoulder gently. “Is your head alright?” he asked, glancing at where she was rubbing it.

She nodded, even more embarrassed. “I was just coming to see if the tea had worked,” she said, waving a hand in the direction of the barracks.

He smiled at her concern. “It did. For a while,” he amended, and then stopped himself from speaking again. It wasn’t something he really wished to talk about. “What are your plans for Midwinter’s Eve?” he asked. Anything to avoid discussing his nightmares.

She wrinkled her nose prettily. “I’m working at the Cauldron.”

He sucked in his breath sharply, making a sympathetic face. “I do not envy you.”

She gave a bark of laughter. “Please, Jules―we all know you secretly wish you were a short nineteen-year-old woman,” she said, merriment in her eyes as she teased him.

Jules made a moue of astonishment as he held his hand up by his chest. “My secret is out! However will I live now, so malcontented being my old, tall, male self?”

She put her hands on her hips and gave him a once-over. “I’d lend you my peplos, but I doubt it would fit.”

“I may surprise you,” he said, mock-serious, and she laughed again. “Do you want some company for your trip to the tavern?”

She shook her head, mirth gone now. “You should sleep. You don’t look much better than when I last saw you.”

He knew she was right, as usual when it came to matters of his own health. But he couldn’t bear the thought of more nightmares, and left alone and awake he’d be bored out of his skull. He sighed and rubbed his chin. Without having to talk about the nightmares, how could he tell her he’d rather not sleep, ever, again? He realised by the stubble that he’d forgotten to shave.

“Truthfully, Ghia, I’d rather lose myself in a mug of ale tonight and try to pass out that way.” He looked at her, hoping she’d catch on to what he didn’t say.

Understanding creased her brow and she nodded. “Better get dressed then; I’m leaving in a few minutes. Meet you at the stables in ten?”

He smiled in gratefulness and saluted her, making her laugh again, before running back to his rack to change. What better Midwinter gift than a night away from the dreams that plagued him―and how better than to spend that night than in Ghia’s company?

COLLAPSE
Reviews:Mary Malinski on Circle of the Sacred Muse wrote:

Katje’s character development is fantastic. She feeds details about the characters (and there are a lot of them, but don’t let that intimidate you!) in just large enough doses to keep you on your toes. Just when you think you know one of the characters…some new piece of information is released that changes what you thought you knew.

Bellica is filled with vivid characters, and I greatly enjoyed reading their different viewpoints. I was also angry when certain characters died, even if it was necessary to the story. This novel overflows with intrigue, passion, and magek. 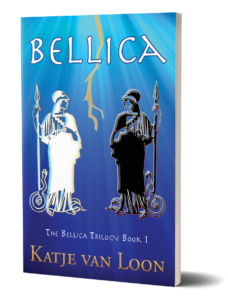 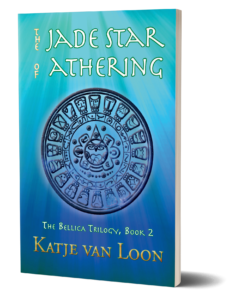 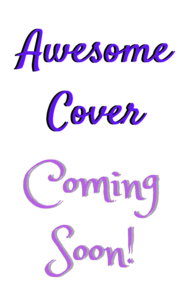